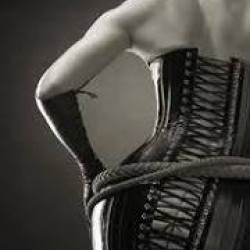 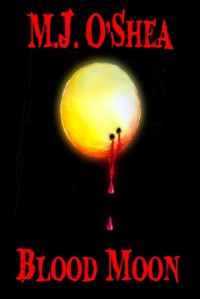 Well, for the duration of the prologue and the first chapter I really thought I was into something here, but I was quickly disappointed. The blurb doesn’t say much hence I’m going to give some spoilers here in order to justify my low rating.

This story is narrated by Zack, who is hurt and bitter after having lost his for thirteen years best friend/first crush/man he loves. Every summer Zack and his family go to Harper Lake for their vacation and when he was five years old he met there Noah Harper, the little boy who quickly became his best friend and during the year more.

The year of their thirteenth birthday everything changed. Noah became a bit more distant due to family issues and in an effort to comfort him Zack kissed Noah. It was a wonderful night with Noah kissing back and the promise of a new relationship between the two boys forming. Yet the next morning Noah ended everything. Ever since going back to the lake has been an enormous torture for Zack. This year is even worse; nothing seems able to take Noah away from his mind. But this year, everything change again when Noah reappears and seems equally sad for what he did three years back. He needs Zack in his life, he loves him and it only takes one word for Zack to fall even more in love with his one and only Noah.

So right up this point everything went smooth and nice and I was happy even, enjoying the book. From now on though the story resembles strongly Twilight, the plot was in terrible shape with more holes than a colander. The story jumped from one point to another with information being simply told yet not justified, the backstory incomplete and some seriously crazy leaps that couldn’t be ignored.
Noah’s family are Hunters; they hunt monsters such as vampires, werewolves and other super-naturals. There is no information as into how exactly do they do that. How strong are these hunters, what special skills do they have, how do they kill vampires and others, they are supposedly hired by the government, why again? Since no special skills are attributed to these hunters wouldn’t it be easier for the government to have a special federal team than hire civilians etc. etc.

Noah is a vampire who was accidently turned and only saved by his parents who died on the fight. Vampires are not given any special attributed here either, except the faintest notion of having heightened scent, visibility and fangs. No mention of power or heightened physical strength. It is mentioned at some point that they could be killed with a shotgun or/and machete. However that is very fleeting.

Moving on, the guys go into battle with no guns whatsoever, even though they could use them. They go onto a rescue mission again with no guns at all. The rescue is happening the mansion of the Head-Hunter, yet there are no guards, no security system, the doors are opened and the Head-Hunter waits for them to rescue the prisoner, get out in the yard and with only two more people awaits there to kill them.

I could go on and on and on with everything that was wrong with the plot but that would take an enormous amount of time and text. In my eyes this story should have gone through heave revision and striped of some un-necessary intel. The fact that it is a novella and has two action plots running doesn’t help. So many things happened that had no back-up at all, thing are not explained and in the end what’s left is a love story that in itself is overly sweet and sentimental. Certainly not my cup.